Fathom and team awarded at DMAs 2020

Fathom celebrated success at the EPA Digital Media Awards 2020, taking home the award for Digital Student of the Year and finishing as a runner up in Best blog.

The ceremony took place on 21.02.2020 at the Clayton Hotel, Dublin. Fathom was shortlisted for three categories:

While we were unfortunate not to win the Best Small Agency award (congrats to Friday!) we were pleased to have our blog recognised with the bronze award among strong competition in the category. The prize follows success at the DANI Awards 2019, where we picked up the Best Blogger award. 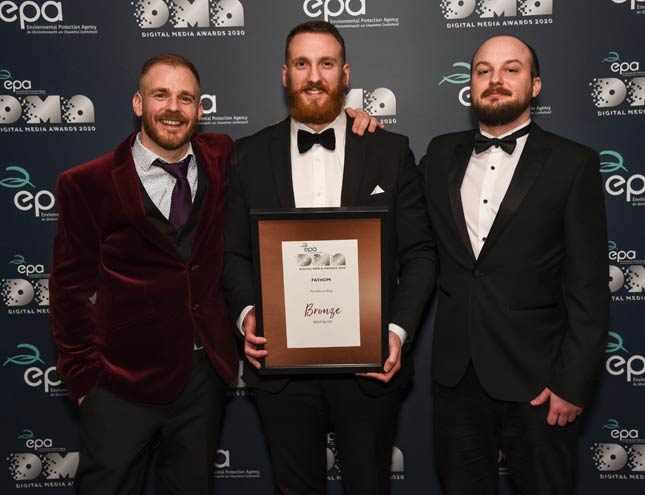 However, our team was especially delighted that our UX Designer Jim Morrison was named Digital Student of the Year.

Jim was our placement UX Designer from Ulster University last year. He continued at Fathom during his final year of study and is now a permanent UX Designer with us. 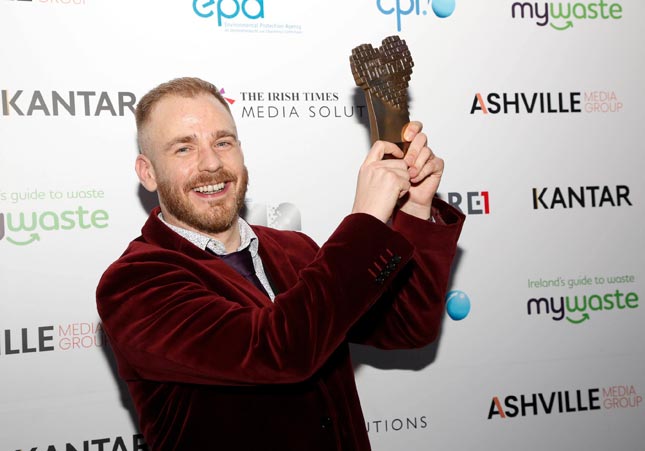 Aside from being an incredibly competent experience designer (and great craic in the office), what set Jim apart as a digital student was the creativity and innovation that went into his final year project.

Jim authored, illustrated and published an original children’s storybook and designed and built a vibrant augmented–reality companion app, fusing digital and physical media to create an immersive adventure tale. Welcome to Yonder is the product of in–depth user research, a deep understanding of storytelling theory, expert design skills and a fantastic imagination. 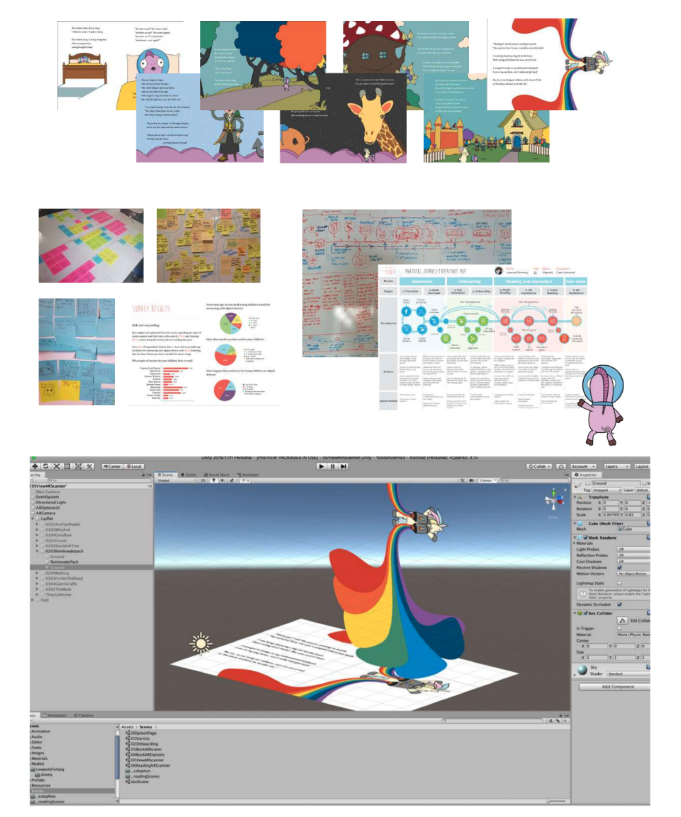 Big congratulations to all of the winners on the night, and special thanks to EPA Digital Media Awards for putting on a very enjoyable evening.