Fathom are delighted to be awarded with Best use of social media in service / B2B (Under 10K following) at the NI Social Media Awards 2019.

The winners were announced on 26.09.2019 at a glitzy ceremony event at the Europa Hotel, where Fathom’s Charlotte and Mel arrived in style and picked up the award.

Over the past 12 months we’ve transformed how we use social media to promote our content and reach our target audience. Some of Fathom’s highlights include

Fathom came out on top against some strong competition from 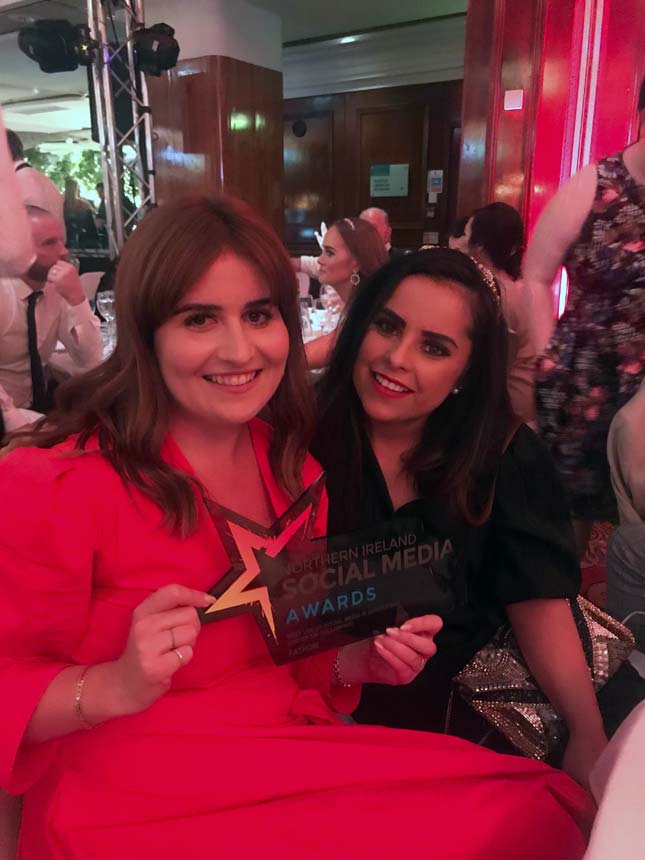 The judges recognised Fathom’s achievement with some kind words about our winning entry:

“Clear, considered and grown–up approach to thought–leadership that doesn’t just build ego but actually serves an audience need, resulting in an uplift in business. Win–win.”

Check out Fathom’s thoughts and insights around Digital Marketing >>

The case for deliberate innovation

The customer is always right