It is 10,000 days since the greatest invention of our lifetime, the world wide web, emerged from the labs of CERN and into the mainstream. This milestone provides us with an opportunity to pause and reflect, and consider if there is anything about the last 10,000 days which might help us understand the next 10,000.

The life of the world wide web has evolved through four distinguishable phases.

In 1989, while working for European Organization for Nuclear Research (CERN), Tim Berners Lee develops a mark–up language and publishes the world’s first web page at http://info.cern.ch/hypertext/WWW/TheProject.html. This sparks a surge of innovation, leading to the building of the first web servers and the development of early browsers.

The era is one of great excitement, as those closest to the project recognise the ability of the web to organise and manage huge amounts of information. No clear commercial opportunity has yet emerged, however even from an academic perspective it’s clear that the protocol developed by Berners Lee makes the world’s information much easier to understand, structure and navigate.

The read–only web is born and early web pages are designed and built.  The early years encompass a range of attributes:

While some of these characteristics appear to contradict, that in itself is indicative of the novelty of the medium and society’s varied response.

The web evolves from a predominantly read–only medium to become a read–write two–way medium.  While Berners Lee invented Web 1.0, no one invented Web 2.0; rather the term refers to how the web evolved in the noughties as the second wave of applications became mainstream.

During this period the web democratised, with increasing numbers of platforms developed where the value in the platform lay not with its leadership or technology, but rather with its community.  Early adopters such as Wikipedia, Flickr, Bebo, Craigslist, MySpace and Skype gained their market share by putting their users in charge of the platform.  Users around that time were given genuine agency, influencing the internet and contributing to its content as well as benefitting from content provided by others.  These platforms set the foundation for the behemoths that were to follow in the form of Facebook, Twitter, Snapchat, Instagram and Snapchat.

It is difficult to imagine in an era of misinformation, online bullying and fake news but the early years of Web 2.0 were a time of great optimism. There was hope that this evolution of the web would amplify the voice of each individual, contribute to big societal discussions, and ultimately positively impact democracy and equality.

Recent and current developments on the internet have focused on the semantic web and the search for meaning. By using contextual and environmental data, the web seeks to provide personalised and relevant information.  Some of the ways the internet tries to apply meaning by exploring context include:

The big trends in Web 3.0 are around bringing meaning to content using personal, contextual and geographical clues.

Moving from trends to principles

Other longer–established design disciplines are highly effective at discerning principles from trends, for example architecture.  Even though the style of buildings has varied across the ages, architects always design them with a careful interest in their relationship with light, their environment and the desire paths (the flow of interactions in the space) which humans will use the building for. The style of architecture is fluid but its principles are immovable. 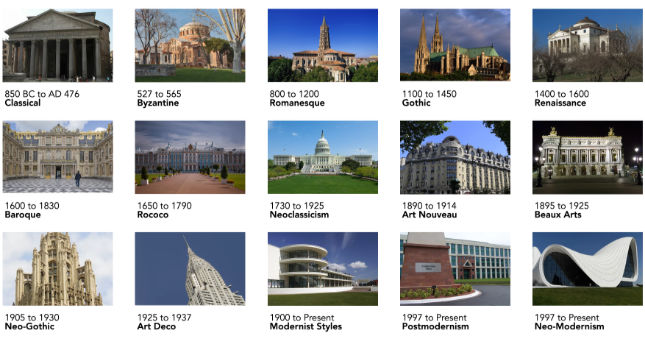 When we explore the 10,000 days of the world wide web, and move beyond the year on year trends to the decade on decade evolution of the platform, there are three constant trends which winners in the digital experience economy have embraced:

The winners in the next 10,000 days will embrace the principles of the ages as well as the trends of the day.

The joys of being wrong

Wow factor is not a design strategy